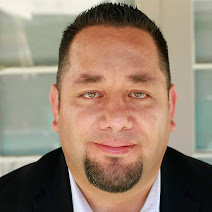 Warner Carrillo was appointed to the governing board of META in August 2022.

His current role is a Business Architect for Google Cloud, where he provides guidance and direction for their systems and tools, where he is creating scalable, repeatable processes.  He brings to META the desire to grow, develop strong processes, fueled by  leveraging technology to exponentially grow and meet their goals.

Warner has spent most of his career refining his skills at the intersection of business and technology. Prior to working at Google Cloud, Warner spent time with Accenture where he learned how to build AI chatbots and led transformational projects leveraging technology among top performing organizations across the United States.  Warner previously served on the boards of Pet Savers (Spokane) and Volunteers of America (Spokane), where he spent time learning the ins and outs of non – profits as well as helping those organizations grow.  Warner’s parents immigrated from Guatemala in the 70’s and proud to say he is part of the 2 other siblings Betty and Jessica where they are all first generation College Grads.  As their mother and father used to say nothing happens without an education in the United States.