The Nation’s Only Objectively Compiled Census of 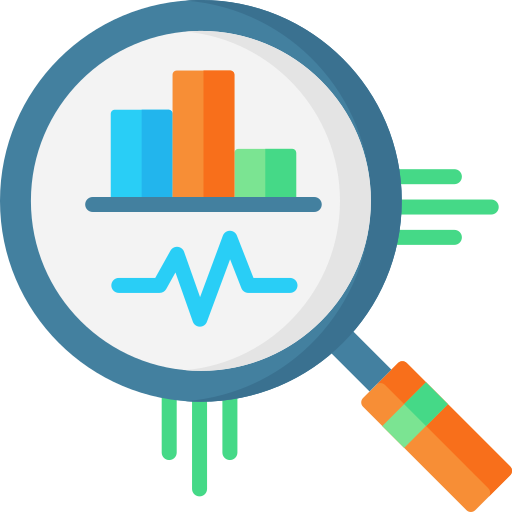 Select one or more search filters to find the level of Latino participation on nonprofit governing boards in a particular city/region and/or mission focus.  You can search for a specific organization and view summaries for an entire state.

Since its founding in 2017, Latinos LEAD has conducted ongoing secondary research of literature to inform and support the organization’s strategic planning and programming development.  We shortly realized that it is nearly impossible to find robust studies of participation rates of Latinos on nonprofit boards.  Nearly every study Latinos LEAD reviewed used survey responses gathered through voluntary reporting by nonprofit organizations.  It is a widely accepted statistical canon that voluntary response samples are often biased toward those with strong opinions or those who are strongly motivated.  We found virtually no comprehensive studies that analyzed a wide range of nonprofit subsectors, and few that used substantiated objective data gathering methodology to report governing board racial and ethnic demographics.  The voluntary response bias effect would be particularly impactful on the nonresponse rate among organizations with few or no ethnic minority board members.

Methodologies of even the most robust studies reveal overall low levels of survey response levels, a transparency gap that is compounded even further by the negligible use of disaggregated governing board demographic data.  A common reporting barrier is cited by Dr. Dorceta Taylor, the highly regarded researcher of diversity in the environmental movement.  Her 2014 study (The State of Diversity in Environmental Organizations Mainstream NGOs, Foundations, and Government Agencies – Univ. of Michigan) found that fewer than 4% of the 12,000 environmental nonprofits included in an ongoing voluntary survey conducted by Green 2.0 and Guidestar (now known as Candid) released any staff or board demographic data.  Dr. Taylor found a “pervasive culture of secrecy that leads most environmental organizations to keep demographic information private or hidden behind a veil of ignorance by claiming that they do not collect demographic data about their employees.”  Other examples of sampling challenges, response rates, and data collection methodology weaknesses include:

Most of the research surveys we reviewed limit categories for reporting nonprofit board member ethnicity to “people of color”, “White” or “non-Hispanic White” members.  Combining the various ethnic groups into one or two categories negates the importance of Latino population growth, masks the community’s specific challenges and leadership capacity, and contributes to an erroneous perception that all ethnic board members would bring the same approach and perspective to their roles.  The failure to disaggregate various ethnic minority identities (Latino, African American, etc.) presents significant limitations to fully understanding and committing to meaningful change in the sector’s leadership.

While these and other studies can provide insights for understanding the opinions of and challenges faced by nonprofit leaders, it is difficult to justify the use of these findings to assess the state of diversity in nonprofit governance.  The methodology of most studies we reviewed make it nearly impossible to frame the level of equity and inclusion in a specific community’s nonprofit leadership, much less provide the nonprofit sector with a relevant baseline for measuring progress toward greater ethnic diversity in its leadership structures.  Accordingly, Latinos LEAD determined that launching Boards Count! aligns with our long strategy to raise awareness among key constituencies about the lack of Latinos in nonprofit governance.  To that end, Latinos LEAD is committed to ongoing expansion of the Boards Count! database.

The Boards Count! database can be searched using a variety of filters, including Organization, MSA (city/region), State, and Mission Focus. All results are exportable to a CSV file.  Search results include a table of all organizations meeting the search criteria, and a summary of the results from that group.  The summary shows the number of organizations in the result, total count of board and Latino board members, the percentage of Latino board members, and the number and percentage of boards in the group that have no Latino members.  The table also identifies the source from which Latinos LEAD acquired the board member demographic data, a link to that source, and a link to the organization’s website.

Latinos LEAD strives to provide accurate and current Latino board member data through Boards Count!, but we acknowledge that some publicly available sources of board member demographic information may be outdated or incomplete. The default source for Boards Count! data is the organization’s website. Where board lists are not provided online, we review the most recent published IRS 990 return. These forms may be two or three years old. We invite organizations to update and correct information by using the Corrections Form available on this website. Confirmed updates will usually appear on the Boards Count! search results within ten business days.

Why does Boards Count! use the term “Latino”?

We use “Latino” as a demographic umbrella term, recognizing that there are many different ways that U.S. citizens and residents identify themselves ethnically and by nationality.  It is beyond the scope of this initiative to parse the regional and generational preferences of the various terms used among the diaspora of descendants from Spanish-speaking nations, cultures, and U.S. communities.  “Latino” is a relatively widely acknowledged and accepted term, and was selected intentionally rather than “Hispanic”, which is waning in acceptance and popularity.  According to reporting guidelines defined by the U.S. Census Bureau and the Office of Personnel Management, a Hispanic/Latino(a) is defined as a U.S. citizen, a noncitizen national of the United States, or a lawful permanent resident of the United States who is of Mexican, Puerto Rican, Cuban, Central or South American, or other Spanish cultures or origins.  “Latinx” is not used for this study, as this term is not common practice, and the term’s emergence has generated debate about its appropriateness in a gendered language like Spanish.  For purposes of this initiative, the term “Latino” is considered as encompassing the various identity terms listed above.

How were the Organizations in Boards Count! selected?

The Boards Count! database includes at least 50 nonprofit organizations located in each of the most populous U.S. Metropolitan Statistical Areas (MSAs) with a Latino population proportion of at least 20%, according to the 2020 Census.  The priority is to include organizations offering programs and services most likely to engage Latinos in their daily lives, such as health care, youth services, legal aid, housing, civil rights, and the arts.  We also were sensitive to the concepts of donor stewardship and taxpayer stakeholder status; where possible, focusing on those organizations that generate significant revenue from public sector sources (e.g., fee for service agreements, program contracts and direct government grants).

Latinos LEAD did not analyze the boards of private higher education, large nonprofit healthcare systems, or grantmaking foundations in this phase of Boards Count!. The disproportionate financial scale of these organizations in most MSAs would lead to their over-sampling, and may misrepresent the breadth and diversity of an MSA’s nonprofit sector.  We also excluded many service providers in specialized fields, including charter schools, churches, and most faith-based organizations.  Future Boards Count! research may examine these nonprofit industry categories.

What does MSA mean?

MSA stands for “Metropolitan Statistical Area”, a term used by the U.S. Census Bureau to identify a region consisting of one or more counties that contain a city of 50,000 or more inhabitants, or contain a Census Bureau-defined urbanized area (UA) and have a total population of at least 100,000.

What is a Governing Board Member?

For purposes of Board Count! data, a Governing Board Member is defined as an individual serving on the governing board as an unpaid volunteer with governance responsibilities, including full voting power, and fiduciary and legal responsibilities.  Advisory, emeritus, honorary, and paid staff board members are not included in this definition.

How was Board Member data compiled for Boards Count!?

How is a Board Member’s Latino identity determined?

The U.S. Census Bureau’s 2010 Census Surname table provides probabilities that a given surname is of a specified racial/ethnic group.  In assigning Latino identity to board members, Latinos LEAD used the table to determine the likelihood that an individual belongs to a particular racial and/or ethnic group based on surname published in the organization’s documents.  Latino identity was assigned to individuals if their surname had a 50% or greater likelihood of being a Latino/a.  Where there was any doubt, a board member’s Latino identity was ascertained through a qualitative multistep process:

If an individual’s ethnic identify cannot be confirmed with these identifiers, Latinos LEAD attempts to engage the board member or the nonprofit organization to confirm designation as a U.S. Latino/a.

Failing these efforts, Latinos LEAD does not assign a “Latino” designation unless directly informed otherwise through the Corrections Form provided on the Boards Count! landing page.

Latinos LEAD is proud to recognize the support of its philanthropic partners.