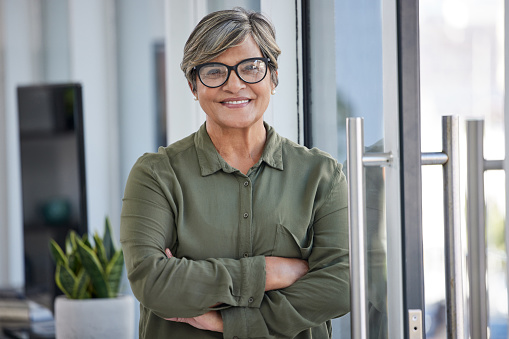 Article entails what nonprofits can learn from the #OscarsSoWhite campaign exemplifying the lack of diversity and inclusion in the entertainment industry. Author(s) : Monisha Kapila

What Nonprofits Can Learn From

As movie fans around the globe get ready to watch the Academy Awards this weekend, everyone in the nonprofit world should be paying attention to the #OscarsSoWhite campaign. The backlash against the all-white slate of nominees in the four acting categories exemplifies the lack of diversity and inclusion throughout the entertainment industry.

This isn’t a problem just in Hollywood. When it comes to diversity, the entertainment industry has a lot in common with the nonprofit sector, including:

Increasing diversity of the people they serve. Nonprofits that focus on issues tied to poverty, including education, economic development, housing, and human services, primarily serve communities of color. The poverty rate for the U.S. population as a whole was 15 percent in 2014, but the rate varies greatly by race — 26 percent among African-Americans, 24 percent for Hispanics, 12 percent for Asians, and 10 percent among non-Hispanic whites. Without diversity in leadership, it is just as hard for nonprofits as it is for entertainment companies to stay in touch with the needs and wants of the people they serve.

Reliance on unpaid and low-paid talent. Both nonprofit organizations and entertainment companies expect aspiring professionals to work for little or no pay in entry-level roles, including volunteer and internship experiences that are considered steppingstones to paid positions. This creates systemic bias, limiting who can enter the profession. In a 2012 Chronicle of Philanthropy survey of people who had worked at nonprofits for less than five years, 36 percent said they earned $30,000 to $39,000 — below the national average entry-level salary of $43,000. Factor in the higher levels of student debt facing college graduates today — particularly black students — and it becomes

The #OscarsSoWhite campaign forced the Academy of Motion Picture Arts and Sciences to make changes in its membership, and public pressure is likely to lead to additional action. While nonprofits may not face such intense scrutiny, they do face a higher standard than the private sector; after all, nonprofits get tax breaks because of their pledge to serve the common good, and many of the issues we focus on are affected by race and equity.

There are steps nonprofits can take to prioritize equity so that we hire, retain, and promote a diverse set of employees. This is critical to ensure that our programs and missions are better attuned to the needs of a changing America.

Work to better understand unconscious biases. Everybody, no matter how open and tolerant, makes judgments and decisions based on stereotypes. We are all affected by our unconscious biases, regardless of age, race, gender, or overall openness to people who are different. Research has shown that racial bias can be a factor, even when people have good intentions. Developing an awareness of our own biases helps people and organizations make better decisions. One way to start is to take the Implicit Association Test developed by Harvard University’s Project Implicit and encourage your board, colleagues, and others to do the same.

Recognize how unconscious biases may influence how your organization grooms and recognizes talent. Many organizations don’t have clear structures for recruiting workers, developing their skills, and promoting them to more senior jobs. That means decisions are often made based on informal relationships and unclear standards. But even organizations with clear structures need to make explicit efforts to ensure that everyone embraces an inclusive approach. There are steps nonprofits can take to make this part of their culture, especially through leadership support, training staff at all levels, and creating a safe space for candid conversations. Racial Equity Tools, a nonprofit-led online project, has resources for individuals and organizations working to achieve equity. Cook Ross, a management-consulting firm that focuses on diversity and organizational culture, has resources for groups looking for ways to help workers and managers fight unconscious bias on the job.

Promote fair compensation policies. Nonprofits must rethink their approach to setting salaries so that roles in our sector are accessible to young people who aren’t from privileged backgrounds. This is a complex problem, rooted in the way nonprofits finance their work and how society values people who focus on social issues. Still, we need to make headway if we ever expect to promote greater racial diversity and inclusion. Vu Le, a nonprofit leader and blogger, has outlined recommendations for how nonprofits should start thinking about salaries, including conducting regular assessments of how a position’s pay compares to other jobs inside and outside the organization and evaluating how much the group gains from the contributions of specific individuals.

Diversify nonprofit boards. Nonprofit boards ultimately hold organizations accountable for achieving their mission, and making them more diverse would influence the way in which many groups work. In fact, 71 percent of boards and 75 percent of CEOs think a more diverse board would make them better at fulfilling their mission, according to a BoardSource report. Yet nonprofit boards remain majority white, male, and over 50. Tivoni Devor, outreach and partnership manager at the Urban Affairs Coalition, points to the need for boards to look beyond their existing networks to

increase diversity. BoardSource has resources for nonprofit boards that want to make their membership more diverse and inclusive.

Encourage foundations to recognize what they can do to curb bias — and how to avoid perpetuating it. Foundations should think about racial equity, diversity, and inclusion in their own organizations, as well as in the organizations they support. Through their own recruiting and hiring practices, their decisions on who gets funded, and the support they give grantees engaged in diversity discussions, grant makers play a critical role in moving the nonprofit world forward. D5, a coalition of foundations working to promote diversity in the grant-making world, has tools and research that can help foundations learn more.

Perhaps the biggest lesson of #OscarsSoWhite is that the problems it highlighted cannot be solved with a single action.

Nonprofits and their leaders must work together — as individuals, as organizations, and as a sector — to do more to promote racial equity and inclusion. Let’s join our voices together to put equity in the center and declare that we are not OK with racial disparities. This message should come from people from all backgrounds — especially those who benefit from the privilege embedded in current systems. A coalition of organizations, including AmeriCorps Alums, the Annie E. Casey Foundation, Public Allies, and my group, ProInspire, are starting a movement to create a nonprofit work force that reflects today’s America — one that is truly diverse and equitable. We hope everyone will join us as a way to improve how nonprofits serve our society and put #equityinthecenter.

Monisha Kapila is the founder and CEO of ProInspire, a nonprofit that develops leaders for the social sector. ProInspire is a founding partner of #equityinthecenter.