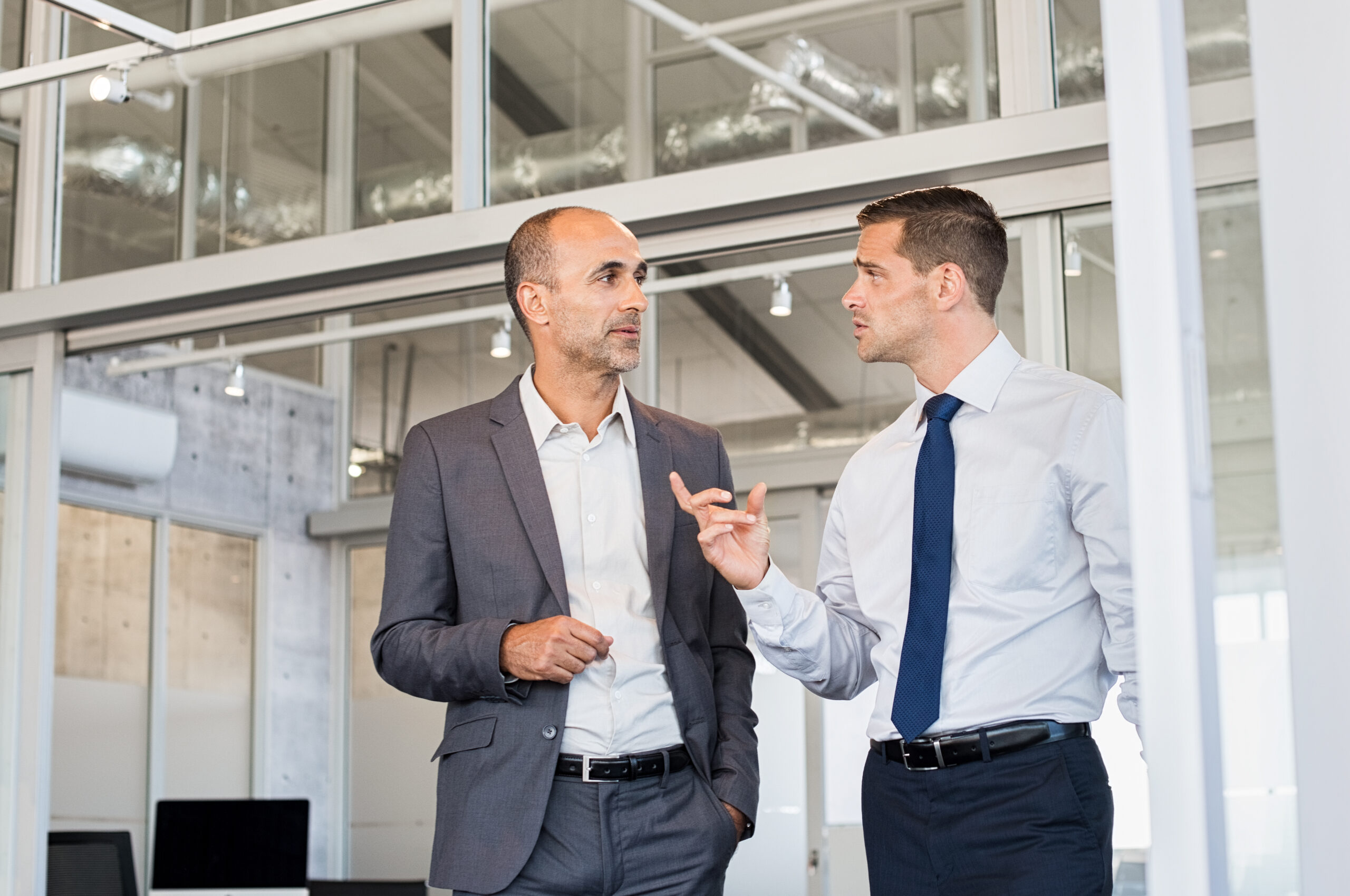 From authors: Based on data Candid is tracking and sharing on our Funding for racial equity page, we’ve identified $4.2 billion in racial equity funding awarded or pledged by institutional funders and other large donors so far in 2020. Author(s) : Anna Koob

Since this blog post was published in July 2020, Candid has updated how we identify racial equity grantmaking in our data. For more details about these changes, as well as the reasoning behind the shift, please visit our racial equity data FAQ and related blog post.

In the months since George Floyd’s murder by Minneapolis police, we witnessed a surge in attention to long-standing anti-Black racism in the United States. Although racial inequality is hardly a new phenomenon, the public reaction to these events does feel bigger and more broad based, a trend that’s reflected in the well-documented rapid increase in related philanthropic giving to racial equity in a matter of weeks.

Although the current Black-led demonstrations, and before that, protests in Ferguson and elsewhere, have exponentially increased attention and support for racial justice, they also build on decades-long efforts by organizations  that have been pushing philanthropy to deepen grantmaking for Black communities and social justice. One example is ABFE, a membership organization that advocates for investments in Black communities; it recently published Redlining by Another Name: What the Data Says to Move from Rhetoric to Action. Another is Philanthropic Initiative for Racial Equity (PRE), which has worked with Candid to generate widely cited stats on philanthropic giving for racial justice and people of color, including Black people, in the United States. And Borealis Philanthropy, which hosts the Black-Led Movement Fund, has also funded Candid’s own racial equity work, including the creation of the Funding for racial equity page.

We don’t know how these trends will affect the philanthropic landscape in the long term or what impact this funding will have on racial inequality in the United States. But looking at the status quo in this space establishes a benchmark that we can use to evaluate long-term change. What follows are some observations about foundation funding through two main lenses: the issue of racial equity and a population focus on racial and ethnic minorities, including funding for Black people/African Americans.

Before 2020, the funding we identified as specifically focused on racial equity constituted less than 1 percent of overall foundation funding in the United States. The criteria Candid uses for the Funding for racial equity page considers grants with relevant key words (e.g., “systemic racism”) appearing in grant descriptions or recipient organization names, or grants with various permutations of coding (e.g., a grant with a population code for “African American” and a subject code for “ethnic and minority rights”). Based on these criteria, we’ve identified more than 40,000 racial equity grants awarded since 2011, which we’ve made publicly available on the funding map. Learn more about how Candid collects and codes grants data.

What does racial equity funding look like based on these criteria?

Sixty-six percent of funding for racial equity employs policy, advocacy, and systems reform as a strategic approach to the work. By comparison, just 4 percent of overall U.S.-focused funding uses this approach (based on grants coded with this support strategy under the Philanthropy Classification System.) A significantly smaller proportion of racial equity funding—5 percent—is explicit in its approach to systems change through movement-building activities (based on grants coded with a support strategy of “grassroots organizing” or “coalition-building”). This doesn’t mean that other grantmaking wasn’t awarded with this approach in mind, but if it was, this information is not explicitly stated in the grant description or organization mission. Given the centrality of grassroots organizations in the historic struggle for racial justice, it is striking how few grants are described this way.

Corporations have not typically been the primary funders of work to advance racial justice, but our most recent data indicates a sudden shift in that trend. Before 2020, 6 percent of grants awarded for racial equity came from corporate foundations or corporate giving programs. So far in 2020, these corporate funders account for 79 percent of the dollars Candid has tracked. Corporate contributions are easier to track immediately because they are often accompanied by widely distributed press releases, whereas other institutional funders may not instantly report on their grantmaking and/or are slower to mobilize funding through board approval processes.

Many of the corporate commitments we’ve identified so far contain little detail about the specific organizations that stand to receive this funding (in our database we list the recipient as “George Floyd Protest 2020—Unknown Recipient”). Continued tracking will be necessary to understand the impact of this funding, and whether it leads to more sustained support or remains as a one-off gift.

Racial equity as an issue area is one lens through which to view Candid grants data, but we can also apply a population lens. Applying a population lens requires identifying the population focus of a grant, or in the absence of detail about the actual grant, relying on what we know about a particular recipient organization and the groups that it serves. Recognizing that not all grants that explicitly serve Black or Brown populations in the U.S. are intentionally focused on racial equity, these are different subsets of the data, with considerable overlap.

Funding in support of racial and ethnic minorities ranges between 9 to 12 percent of overall funding in the U.S. Research we’ve undertaken with PRE indicates that this proportion has varied only slightly over the past 15 years.[1] Relevant funding includes all grantmaking that identifies a specific minority population, such as a 2019 Bush Foundation grant to the Oglala Lakota County School District to develop a model for career and technical education grounded in Lakota culture. It also includes grantmaking that aims to serve racial minority populations, but may be less specific in that focus, such as a 2018 grant to Communities United for People in Portland, Oregon, awarded by the Collins Foundation to expand leaderships skills among a cohort of LGBTQ women of color.

Funding specifying a focus on African Americans is about 2 percent of overall philanthropic funding in the U.S. As with racial and ethnic minorities more broadly, this proportion has stayed relatively stable and is juxtaposed against the fact that 13 percent of the U.S. population is Black. It’s a disconnect that we’re seeing hold in the context of Coronavirus funding as well, with only a fraction of 1 percent of overall funding focused on Black communities, despite the disease’s well-documented disproportionate effects on this community. From 2008 to 2017, funding in support of Black people peaked at 2.2 percent in 2015, the year after Michael Brown’s murder in Ferguson. This represents a marginal increase in what has remained a relatively stable rate of funding over time.

There are many different methodological approaches to take in analyzing grants data for racial equity and communities of color, but it’s fair to say that they lead to the same conclusion: a colorblind approach to funding predominates in philanthropy. Grantmaking that specifies a focus on people of color is substantially smaller than the proportion of the population that they represent. Given long-standing inequalities in housing, educational attainment, and generational wealth, many are advocating for a more race-conscious approach to funding.

Early signs from Candid’s grants tracking indicate a shift in the funding landscape, but it’s still too early to tell whether it will result in longer-term changes in funding trends. And, more importantly, whether this funding will contribute to meaningful gains for racial justice in the United States.

A note on methodology

Defining grantmaking for racial equity work is not an easy undertaking—PRE highlights one dimension of this challenge in posing the question on its infographic highlighting similar stats: “What’s the level of agreement among practitioners and activists to define ‘racial justice grantmaking’?” Admittedly, our approach sidesteps this definitional question by focusing on the language used, by identifying grants that include terms that are generally accepted as indicative of racial equity work. This approach creates the opportunity for co-option—are organizations using language in a way that runs counter to a generally accepted definition of these terms? At the same time, our reliance on language and text to make these assessments means we may be missing grantmaking that doesn’t sufficiently describe how the work is done.

Organizations such as PRE and other members of CHANGE Philanthropy, the coalition of identity-focused philanthropic affinity groups, are well positioned to bring their expertise to bear on these definitional challenges. And indeed, we’ve worked with CHANGE member organizations such as Hispanics in Philanthropy (to produce LatinxFunders) and Native Americans in Philanthropy (to create Investing in Native Communities) to develop nuanced approaches to systematically identify grantmaking relevant to those communities. The tension between the demands for up-to-the-minute data and high coding precision, against the backdrop of limited information and resources, is an enduring one best navigated in partnership.

[1] In contrast with the racial equity data, which draws on the full scope of Candid grants data awarded by funders for work in the U.S., the population analysis with PRE is based on U.S.-focused grants in Candid’s Foundation 1000 data set, which reflects all grants of $10,000 or more awarded annually by 1,000 of the largest U.S. foundations. The proportion of funding supporting ethnic and racial minorities tends to be smaller when we look at Candid grants data in full (versus focusing on the Foundation 1000), because grantmaking awarded by larger funders is more likely to specify a population focus than that awarded by smaller funders.