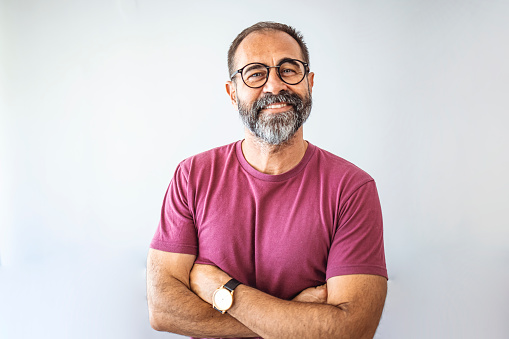 This article consist of statistics addressing the minimal representation of ethnic, racial, and age compositions of museum board members Author(s) : Ruth Mccambridge

A new report issued by the American Alliance of Museums at its annual meeting offers some pretty stark statistics as far as diversity and inclusion are concerned—worse than the sector overall if we compare these numbers to the nonprofits surveyed by BoardSource most recent Leading with Intent study.

Here is what the survey of museum boards found:

The demographic profile of museum board members reveals considerable ethnic and racial homogeneity along with minimal age diversity. Board composition is tipped to white, older males—more so than at other nonprofit organizations. Forty-six percent…of museum boards are all white, compared to 30 percent of nonprofit boards. (It should be noted that number has increased from 25 percent in the last such survey.)

As mentioned, the field’s deep lack of diversity and inclusion in leadership positions reflects a lack of commitment as would be reflected in prioritization of action related to the issue. And, without action, these appalling numbers remain fairly stagnant. Here is what we wrote in 2015 about a similar survey.

According to a report on a survey [released in July] by the Mellon Foundation, the Association of Art Museum Directors, and the American Alliance of Museums, approximately 60 percent of the staff positions at U.S. museums are filled by women. This gender diversity extends up and even expands through the curatorial, conservation, and education roles often seen as pipelines to top leadership positions. Ethnic minorities, on the other hand, were found to fill only 28 percent of staff positions, and those minorities were dominant only in janitorial and security positions.

As readers may recall, this is the second recent study we have covered about museum diversity. Last year, the Association of Art Museum Directors released a study that looked specifically at gender diversity only to find that leadership in larger institutions is consistently dominated by white males. This study deepens the examination of that field in a way that is very specific and useful.

With 181 art museums responding, the survey found no sign of a leadership pipeline for museum staff from historically underrepresented minorities. Among those highly paid positions of curators, conservators, educators, and leaders, four percent are African American, three percent are Latino, and Asians account for six percent. Whites hold 84 percent of these high-level jobs.

At that time, Mariët Westermann, Vice President of the Andrew W. Mellon Foundation, suggested two different strategies would need to be deployed to achieve gender diversity and ethnic diversity, with the first likely easier than the latter:

Two specific results point to pathways for diversifying museum leadership and the positions that shape museums as venues of research and lifelong education. First, progress is likely to be swifter and easier on gender equality than on minority representation. As museum staff has become 60 percent female over the past decade or so, there is now also a preponderance of women in the curatorial, conservation, and educational roles that constitute the pipeline for leadership positions such as museum director, chief curator, and head of conservation or education. With close attention to equitable promotion and hiring practices for senior positions, art museums should be able to achieve greater gender equality in their leadership cohorts within the foreseeable future.

Second, there is no comparable “youth bulge” of staff from historically underrepresented minorities in curatorial, education, or conservation departments. The percentages of staff from underrepresented communities in such positions are basically level at 27.5 percent across the different age cohorts born from the 1960s to 1990s. Therefore, even promotion protocols that are maximally intentional about the organizational benefits of diversity are not going to make museum leadership cohorts notably more diverse if there is no simultaneous increase in the presence of historically underrepresented minorities on museum staff altogether, and particularly in the professions that drive the museum’s programs in collection development, research, exhibitions, and education. This finding suggests that diverse educational pipelines into curatorial, conservation, and other art museum careers are going to be critical if art museums wish to have truly diverse staff and inclusive cultures. It also indicates that the nation will need more programs that encourage students of color to pursue graduate education in preparation for museum positions…