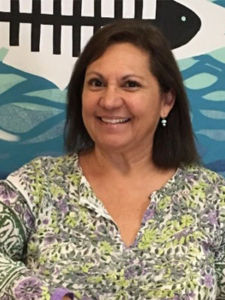 Stephanie Medina is a seasoned nonprofit leader with strong media and communications expertise. Stephanie served a two-year term on the board of Latinos LEAD and co-chaired the Advisory Committee of the organization’s Diversity in Environmental Leadership Initiative.

She currently serves as the Director of Community Relations & Public Affairs at Goodwill Southern California, advising on media strategy, governmental affairs, and community engagement. Prior to this role, Stephanie was named Interim President and CEO at Heal the Bay, one of the environmental movement’s most influential organizations. Stephanie was named the Sr. Vice President, Community Relations & Volunteerism for the 2015 Special Olympics World Games Los Angeles. Just prior to this position, she was the Corporate Initiative Marketing Manager at KTLA5 Television in Los Angeles, arriving at KTLA after 20 years at KCAL and 8 years with CBS2 after the stations merged in 2002. Her roles at KCAL/CBS2 included Director of Public Affairs, News Assignment Manager, Special Projects News Producer, and Assignment Editor. For two seasons she produced KCAL’s “Crosscheck”, the Emmy nominated public affairs program. Stephanie has been honored with four Emmy Awards, 3 Golden Mikes from the Radio Television News Association and an Imagen Award.