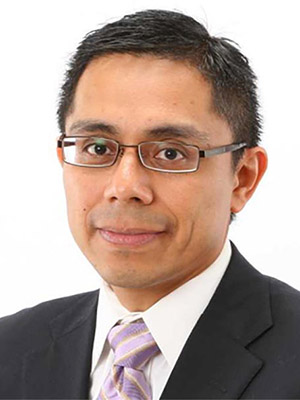 Juan Ramos is a prominent legal figure in transactional law, including corporate, real estate, contracts and business law. Through his experience at premier law firms, as in-house counsel and in his private practice, Ramos has advised clients and management on business issues, legal compliance matters and strategic initiatives. He is an Adjunct Professor at Southwestern Law School and a Lecturer in Law for the online program at University of Southern California’s Gould School of Law.

Ramos has served in a variety of leadership positions with the Los Angeles-based Mexican-American Bar Association (MABA), including Membership Director, and as a member of the MABA Lawyer Referral and Information Service Committee. In addition, Juan drafted and filed with California’s States Supreme Court MABAs amicus brief in support of a DREAMers admission to the State Bar. Ramos was born and raised in Los Angeles, graduating from Roosevelt High School. He earned a BA in Economics from Harvard, a Master of Public Policy degree from the University of Michigan, and a Juris Doctorate from Stanford. After working on Wall Street Ramos returned to teach at Roosevelt High School in Boyle Heights, and currently serves on the boards of the Weingart East Los Angeles YMCA and the Variety Boys and Girls Club in Boyle Heights. He was previously a trustee of the Los Angeles County Bar Association and a City of Los Angeles commissioner.