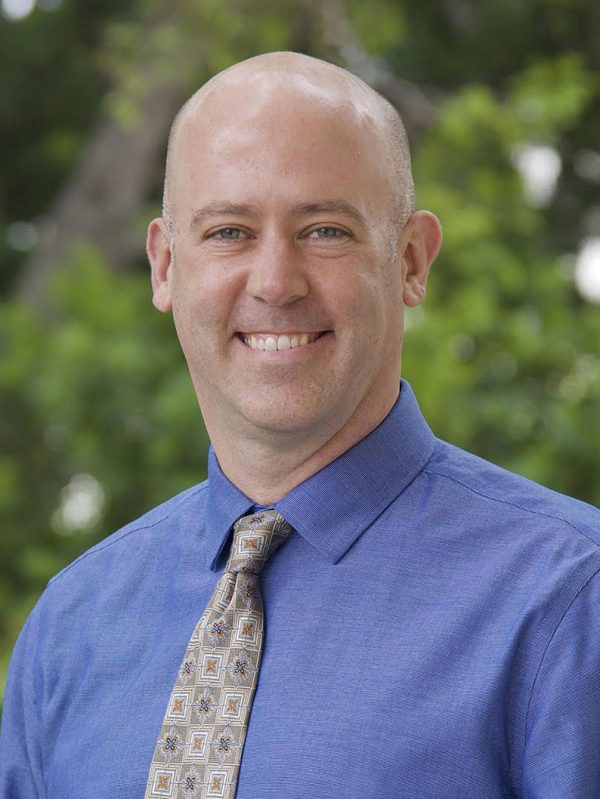 Geoff Green, was elected to the Latinos LEAD governing board in July 2021.  Geoff is CEO of the SBCC Foundation, where he has led the effort to establish the SBCC Promise.

Born and raised in the San Francisco Bay area, Geoff came to Santa Barbara in 1990 as a UCSB student. He found his passion in campus and community organizations working for social justice and environmental health. He was elected UCSB Associated Students President in 1993 and as a Director of the Isla Vista Park & Recreation District in 1994.

Geoff pursued his dream job as a Yosemite National Park Ranger/Naturalist for several years before returning to Santa Barbara in 1997 and joining the Fund for Santa Barbara.  He served as Executive Director from 2003 to 2015, during which time the organization tripled in size, built new partnerships, and launched the Youth Making Change program.

Leveraging his 25 years of experience in (and love of) the nonprofit sector, Geoff also consults professionally.  In addition, he has raised over $4 million for more than 50 nonprofit organizations as a volunteer auctioneer, and frequently emcees events, moderates panels, and facilitates discussions on community issues.

His other community work includes more than ten years of public affairs radio programming and as a campaign field organizer.  Geoff was honored as a Paul Harris Fellow by the Rotary Club of Santa Barbara North in 2006 and served on the Leadership Council that drafted Santa Barbara County’s 10-Year Plan to End Chronic Homelessness in 2006-2007.

He joined the Board of Directors of Peabody Charter School in 2020 and currently serves as President of the Board of Directors for the Network of California Community College Foundations. He also serves on several advisory boards including KCRW Santa Barbara, the Center for Nonprofit Leadership at California Lutheran University, PATH Santa Barbara homeless center, and the Steering Committee for YouthWell.