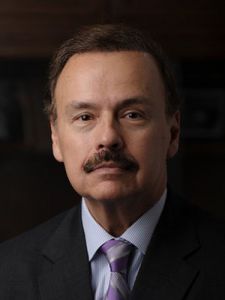 Jimmy Gurulé is a nationally recognized expert in the field of international criminal law, specifically, terrorism, terrorist financing, economic sanctions, and anti-money laundering. He is a Professor of Law at Notre Dame University, where he joined the Law School faculty in 1989. Gurulé served as Associate Dean for Academic Affairs in 1998-1999, and serves as the faculty advisor to the Hispanic Law Student Association.

A member of the Utah State Bar since 1980, Gurul has worked in a variety of high-profile public law enforcement positions including as Under Secretary for Enforcement, U.S. Department of the Treasury (2001-2003), where he had oversight responsibilities for the U.S. Secret Service, U.S. Customs Service, Bureau of Alcohol, Tobacco, and Firearms, Financial Crimes Enforcement Network, Office of Foreign Assets Control, and the Federal Law Enforcement Training Center; Assistant Attorney General, Office of Justice Programs, U.S. Department of Justice (1990-1992); and Assistant U.S. Attorney, where he served as Deputy Chief of the Major Narcotics Section of the Los Angeles U.S. Attorney’s Office (1985-1989). Gurulé is a prominent member of the Latino legal community, having served as President of the Hispanic National Bar Association in 1989 and received the Graciela Olivarez Award in 2006. He was selected as one of the “100 Most Influential Hispanics” by Hispanic Business in 2002, 1990, 1989, and 1987. He earned both a BA and a Juris Doctorate from the University of Utah.