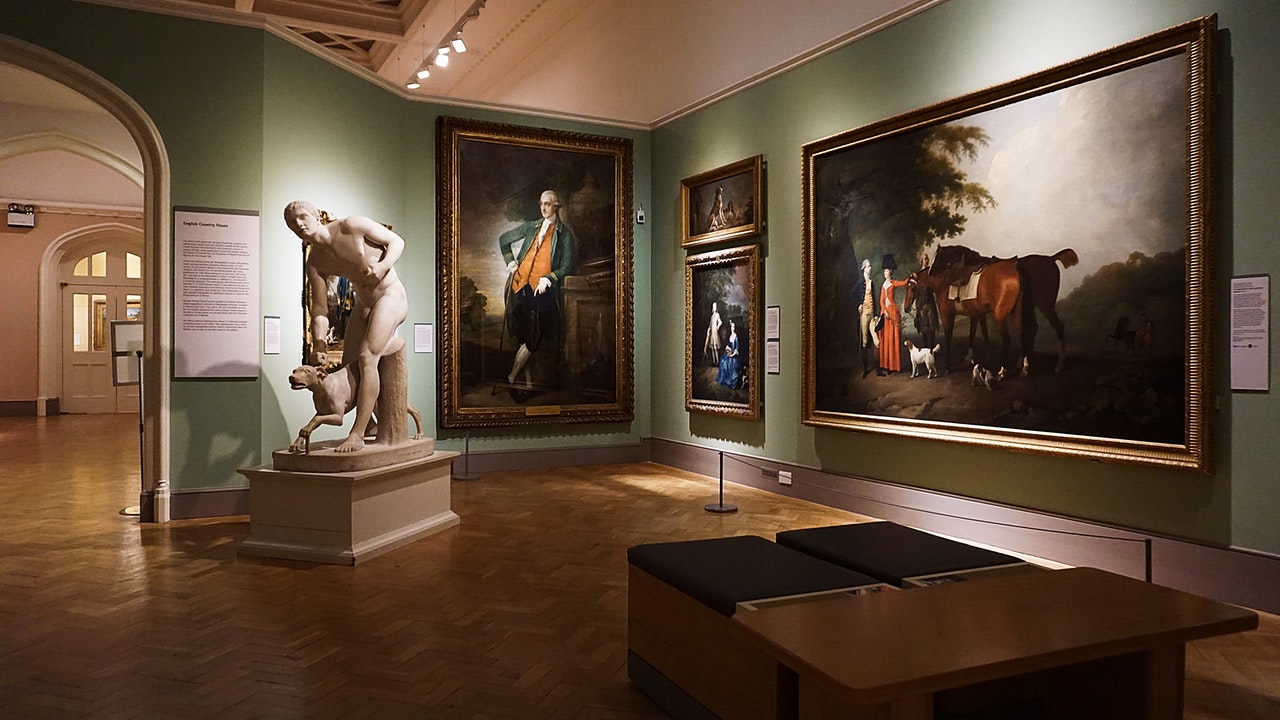 This article reports on data about racial diversity because one of the biggest challenges for New York’s museums and arts groups is increasing the boards racial diversity.

This article reports on data about racial diversity because one of the biggest challenges for New York’s museums and arts groups is increasing the boards racial diversity.

The cultural organizations are starting with a mixed record. In a city known for its racial and ethnic diversity, the percentage of people of color serving on boards remains strikingly low at most institutions, and some elite Manhattan museums and arts groups employ overwhelmingly white staffs even as they try to attract a broad cross-section of visitors, according to data collected by The New York Times.

Becoming more diverse is clearly possible, the results also show. At the Studio Museum in Harlem, 82 percent of the board members are people of color, compared with 25 percent at the Metropolitan Museum of Art and 10 percent at New York City Ballet. Minority staff members also account for 66 percent of employees at the Brooklyn Museum, which prides itself on reaching a diverse audience, while they make up about 41 percent at MoMA PS 1.

The Times asked for the information from the cultural groups to get a snapshot of where they are starting. City officials, in assessing diversity, are also looking at categories like people’s gender, sexual orientation, age, and whether they have a disability. The Times focused on data specifically about racial diversity because increasing it is perhaps the biggest challenge for many of these institutions.

The information reflects findings in a study last year that city officials called “troubling”: While 67 percent of New York City residents identify as people of color, only 38 percent of employees at cultural organizations describe themselves that way.

That survey, undertaken by the city’s Department of Cultural Affairs, also found that 26 percent of senior staff members identify as people of color, compared with 32 percent of midlevel staff, and 45 percent of junior staff.

“The whitest job in arts and culture? Curator,” the study said. “The jobs with fewest white workers: maintenance and security.”

Tom Finkelpearl, the commissioner of Cultural Affairs, said in an interview that the city has not set specific percentages or benchmarks for diversity for arts groups, and that the goal was more generally aimed at having them demonstrate meaningful plans for progress. “It’s not just who you hire,” he said. “Are people then actually involved in the decision making? Is it tokenism or is it something that’s fundamental? In what categories are people’s careers being nurtured and are people being included?”

As part of the city’s new “cultural plan,” released last month, the 33 museums and arts groups in or on city-owned property — which now receive about 63 percent of the $188.1 million in municipal financing — will start submitting diversity, inclusion and equity plans to the city in the fall of 2018.

An additional 1,000 cultural organizations, which compete for the remaining city funds, will face a new question in the application process this February along the lines of, “How does your organization address diversity and inclusion in its staff, board and program?”

Mr. Finkelpearl said the funding formula for the main 33 arts groups would likely resemble that of CultureStat, implemented under Mayor Michael R. Bloomberg in 2008, which guaranteed 90 percent of their funds, with the rest conditioned on their performance in board governance and financial management.

So far, arts groups say they welcome the city’s dictum. At the Museum of the City of New York, where people of color make up 35 percent of the staff and only 10 percent of board members, officials said they were committed to becoming more diverse.

“Our goal is to have 25 percent of our board include people of color over the next five years,” said Whitney W. Donhauser, the museum’s director.

Several arts organizations say they have already been working on improving diversity in their ranks and several have made progress. MoMA PS1 said it has added more than 25 minority staff members over the last five years, in positions including chief operating officer, maintenance technician and installer.

In the last five years, the Museum of Natural History added five minority board members. “We spend a lot of time on this and we will continue to,” said Ellen V. Futter, the museum’s president.

Some institutions — like the Met — are hiring diversity consultants, such as Angela Vallot, who in 1997 became Texaco’s first chief diversity officer following the settlement of a $176 million racial-discrimination lawsuit.

Darren Walker, the president of the Ford Foundation, which funded the research for the cultural plan, said arts groups are becoming more proactive not just because of political pressure, but because of economic necessity: They need to build a broader audience by better reflecting a broader audience.

Darren Walker, president of the Ford Foundation. “To fulfill your mission you’ve got to be credible,” he said, “and in order to be credible, the community needs to see themselves represented among you.”CreditDemetrius Freeman for The New York Times

“To fulfill your mission you’ve got to be credible,” he said, “and in order to be credible, the community needs to see themselves represented among you.”

Whether arts groups will make real progress is an open question. Cultural organizations have often struggled to identify minority board members capable of meeting the high donations — often millions of dollars — demanded by the city’s leading arts organizations.

“The hardest nut to crack is going to be the boards,” Mr. Finkelpearl said, adding that executives need to think about ways besides money that trustees of color can add value, namely through their art collections, personal connections or professional expertise.

Mr. Walker said there is still the persistent problem of insularity; boards are clubs that tend to be homogeneous. “It’s a challenge because trustees are limited by their own networks,” Mr. Walker said. “The places they look are the places they’ve always looked and those places generally have very few people of color.”

For arts groups with a strong track record of diversity, a different challenge is the brain drain as larger institutions poach their talent. The Studio Museum has become a veritable farm team of curators for other institutions; over the last few years, it has lost Thomas J. Lax to the Museum of Modern Art; Naomi Beckwith to the Museum of Contemporary Art, Chicago; Christine Y. Kim to the Los Angeles County Museum of Art; and Jamillah James to the Institute of Contemporary Art, Los Angeles, by way of the Hammer Museum.

The Brooklyn Museum has long developed a diverse team, and just last week announced the appointment of two new minority curators: Aysin Yoltar-Yildirim in Islamic Art and Ashley James in contemporary. But the museum also recently lost Rujeko Hockley to the Whitney Museum of American Art.

“It’s a problem we’re going to have to address,” Mr. Finkelpearl said. “Smaller organizations invest a number of years of training, then a bigger institution gets a fully trained person.”

Still, Thelma Golden, the director of the Studio Museum, said that part of its mission was developing the expertise of staff members in the work of artists of African-American descent so that they can take that knowledge to other museums.

“We have actively trained curators and enthusiastically sent them out into the world,” Ms. Golden said. “When I have a curator, I’m thinking that from the beginning.”